StructureCare is working as a specialist sub-contractor for Morgan Sindall and will be applying deck coatings throughout this 12-storey structure which has capacity for 1,245 vehicles.
A unique feature is the Energy Centre, on the ground floor of the car park, which includes a combined heat and power plant to reduce the carbon footprint of the scheme. It also provides private wire HV to the car park and LV essential power to serve the fire-fighting services in the car park.

Located within the 450-acre Knowledge Quarter Liverpool (KQ Liverpool) Mayoral Development Zone, Paddington Village is a £1 billion expansion scheme east of the city centre which, when complete, will be a key part of one of the UK’s leading innovation districts – incorporating new science, technology, education and health space.

At 30 acres, Paddington Village is being developed by Liverpool City Council in three phases: Paddington Central, Paddington South and Paddington North, with Morgan Sindall Construction undertaking numerous projects as part of the first phase. The projects at Paddington Central, formerly the site of a now relocated secondary school, include a 221-bed Novotel hotel with a value of circa £40 million which Ryder Architecture has now submitted its plans.

The planning application for the multi-storey car park with a combined heat and power (CHP) Energy Centre located on the ground floor was resubmitted by architects KKA.
The car park design has seen the facility increase from eight storeys to 12, enlarging the capacity from 1,088 to 1,245 bays, with their size having also been increased. The car park will comprise a combination of standard and accessible bays, as well as 12 electric vehicle recharging bays with capacity to increase this number in the future. The building will also offer parking for cycles and motorcycles and a Facilities Manager’s office has also been incorporated.

The District Heating Network will deliver a sustainable power and heating source for Paddington Village, with district heating regarded as the lowest carbon footprint of all fossil fuel burning energy systems.

The building is located on the Elm Grove site within Paddington Village Central and was previously occupied by residential properties, which were purchased by the city council and demolished as part of the preparatory works for the site. 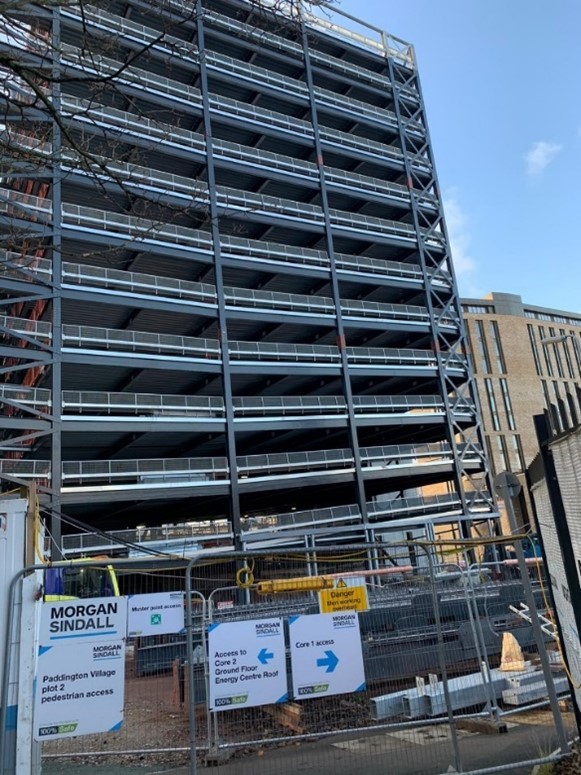 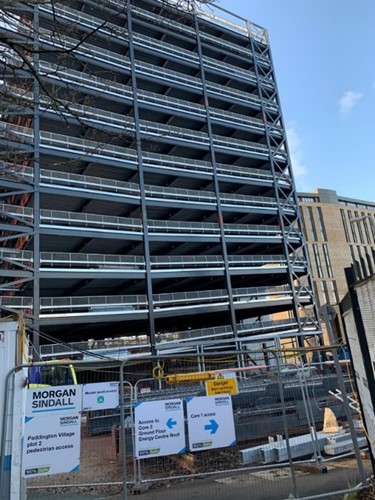